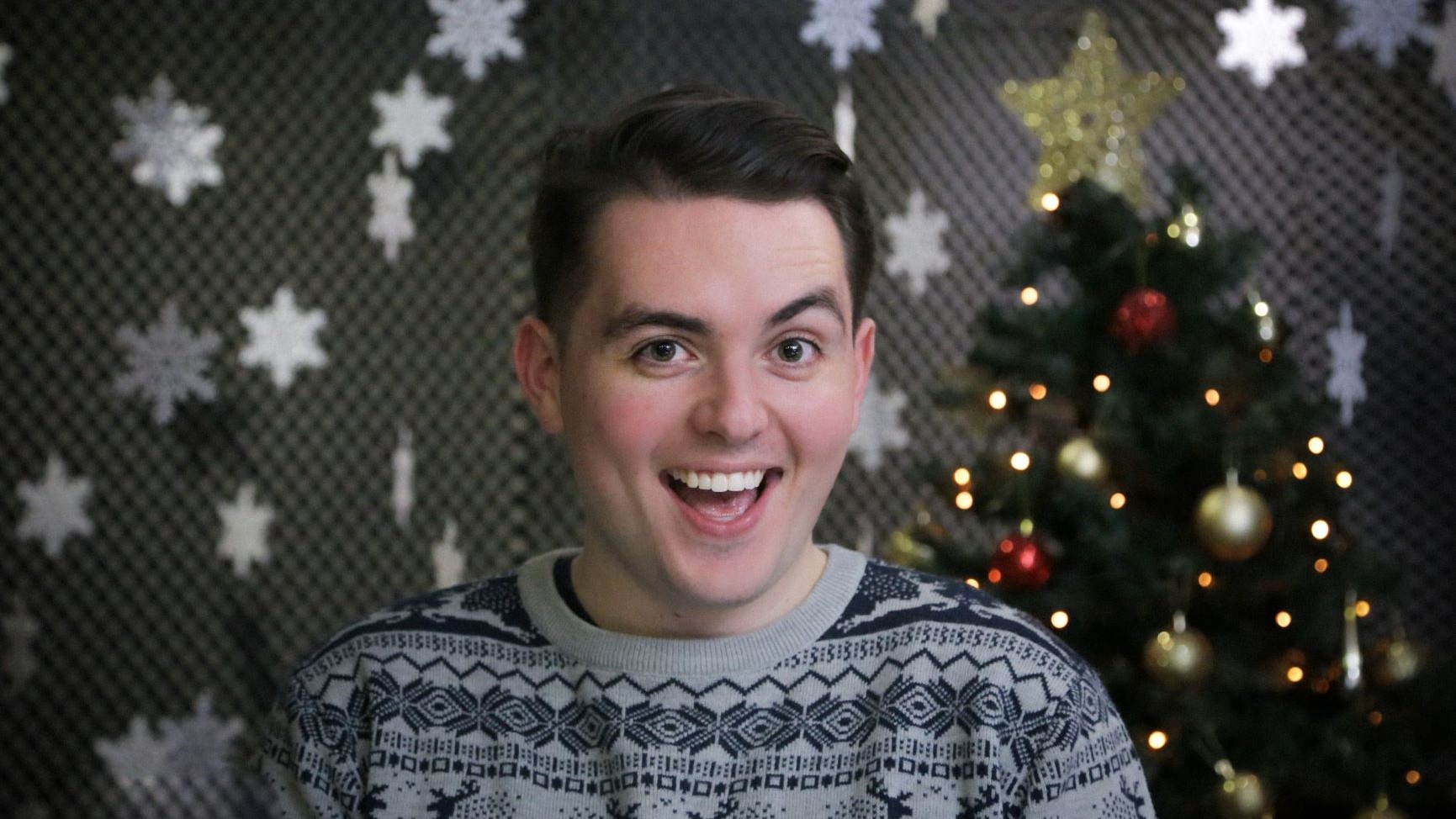 I’m thrilled to be part of the Christmas FM team for the last several years. You can catch me on air playing continuous Christmas classics and keeping you up to date on all things traffic & travel. I also create a lot of the station’s online video content across various social media platforms.

I’m a presenter and content creator with a passion for Radio, TV and Digital Media an industry I’m currently pursuing a full-time career in. I’m really excited to be a part of such a wonderful team at Christmas FM and of course, I’m delighted to be playing a small part in raising much-needed funds and awareness for our charity partner.

Your role at Christmas FM:

I love Christmas FM, it’s stockings are full of creative, ambitious people wanting to give back. There’s magic in the air at the Studios and what you hear on air is only a sprinkling of the work that all the elves give to the station at such a precious time. I’m delighted to be a part of something that helps to improve the lives of others every festive season.

‘Where are you Christmas?’, Faith Hill and ‘This Christmas’, Donny Hathaway

Christmas Dinner of course, Homemade Gravy and lots of mash is a must!

Charlie and the Chocolate Factory from 1971

Helping my dad make his famous glazed ham as a family on Christmas eve.

I’m from Celbridge, Kildare having lived there all my life. Over the past few years, I’ve interned with a number of media outlets, interviewed celebrities at red carpet events and backstage at Dancing with the Stars Ireland. I created online video content for Halloween FM, a role which also took me to the streets getting the people’s views on a range of spooktacular issues. I’ve been busy upskilling in other areas having trained with the Gaiety School of Acting, hosting events, doing my first stand up comedy gigs and also gaining experience in television production following training in TV Presentation and Production from the Park Studio. My background is in the performing arts having trained at Westside Performing Arts for over 10 years and performed in numerous leading roles at The Helix Theatre, Smock Alley and Draíocht. In 2017, I received my BA in Music and Economics from Maynooth University, where I was also an active member of the University’s Musical Theatre Society. In 2015, I also achieved a Diploma, with Distinction in Musical Theatre Performance from the London College Of Music.

My Elf Name is:

Sassy Al
OUR PARTNERS AND SPONSORS
Previous
Next