There are twelve days of Christmas and each one holds a very deep significance in Christmases down through history.

Take a walk down memory lane with us as we count down the importance behind those twelve numbers….

The very 1st Christmas number 1, recorded in 1952, was “Here in my Heart” by Al Martino. Since then, the battle for the top spot has become the highlight of the year with acts from  Ed Sheeran to Bob the Builder battling it out. But it’s still The Beatles who are top of the charts with 4 Christmas number 1’s!

It is no coincidence that the UK’s most famous Christmas Tree, which stands proudly in London’s Trafalgar Square, is always a Norwegian spruce. During World War 2, the King of Norway and his government sought refuge in Britain. Since 1947, Norway has sent a Christmas tree each year to say thank you for their help.

The Rockefeller Christmas Tree is a well known Christmas sight in New York City. But the star that tops the tree has a beautiful hidden secret. Designed by architect Daniel Libeskind, the star has 3 million Swarovski crystals inside it to make it shine like a real star.

The buzz of Christmas shopping can be a source of joy for some or anxiety for others. But did you know that in Ireland, we spend almost 4 billion euros on Christmas every year on everything from stocking fillers to turkey stuffing!

Bing Crosby’s hit “White Christmas” is not only a favourite here at Christmas FM, it also holds the record for the best selling commercial single ever! Released in 1949, it has never been out of favour and has sold over 50 million copies worldwide.

Did you know that the very first song to be broadcast from outer space was ‘Jingle Bells’? In 1965, the crew on the Gemini 6 decided to play a prank on Nasa. After convincing Houston that they had spotted a UFO, with a red suit and 8 reindeer, the astronauts treated ground control to the Christmas tune!

Who doesn’t love a well-dressed Christmas tree? The most expensive Christmas tree can be found in the Emirates Palace Hotel in Abu Dhabi and is valued at a whopping 7 million euro! This is because of all the gems and diamonds that decorate the tree every year.

Around 200 years ago, people used to light their Christmas trees with real candles. As you can imagine, this was very dangerous. In 1882, Edward H. Johnson, friend of Thomas Edison, hand-wired eighty red, white and blue lights together to decorate his Christmas tree in New York, thus starting the tradition of twinkling Christmas tree lights that we love today. 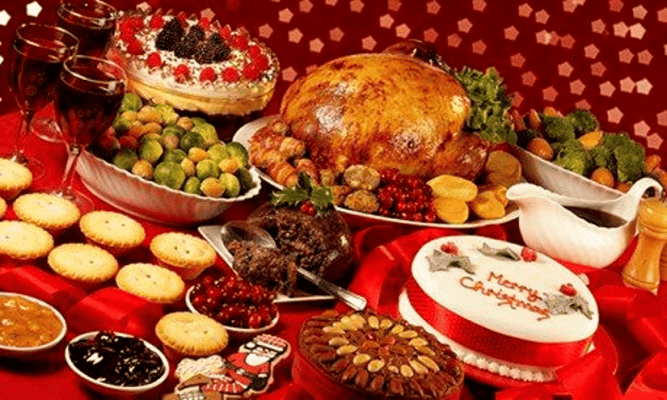 After opening your presents, the highlight of Christmas day has to be Christmas dinner. Although, did you know that we consume over 900 calories from Christmas dinner alone? That’s a lot of turkey and brussel sprouts!

Love it or loathe it, tinsel as a Christmas tree decoration goes back further than you think. Invented in Germany in 1610, tinsel was made of fine strands of silver. After a time, it was discovered that the silver tarnishes so it began to be made from lead. But in 1971, it was deemed too dangerous due to lead poisoning and as a result, it was off the shelves for Christmas 1972.

Every Christmas since 1933, Radio City Music Hall in New York has put on its Christmas Spectacular. One of the highlight performances is that of the Rockettes – the famous American female dance troupe. During the 90 minute performance, over 1,100 costumes are worn by the cast per show – including over 500 individually handmade costumes for the Rockettes.

In fact, the Rockettes have a staggering 11 costume changes – that’s one almost every 8 minutes!

According to medieval tradition, eating a mince pie a day for the 12 days of Christmas will give you 12 months of good luck. But it’s not eating the teeny mince pies we know today. Back then, mince pies were much bigger and were full to the brim with actual mince meat!

Most people have a set idea as to when they should decorate the house for Christmas. For some, this is as...

The Story of Christmas FM

Elf Academy: How To Be A More Agile Elf