Healthy Holiday Kitchen. Well it certainly is that time of year again! And im SOOOOOOOOOOO EXCITEDDDDDDD!!! So one of the first things I make every year in December is a big batch of ginger bread and I usually make a gingerbread house and some edible Christmas tree decorations! Why? Cause I’m a Christmas fiend! And they’re super fun and easy to make! So whether your idea of Christmas baking is heaven or hell it wont matter because these are so so easy to make, even a child can do it! PS these are super fun to make with children just FYI!

If you’re making the gingerbread house, I use slightly less flour as its easier to get into the mould but if you’re using this recipe for decoration cookies then you’ll need more. I’ve put down two separate recipes just to make it a little easier for you.

Here is my audio walk through of the recipe, press play when you want to start and just pause me whenever you want, to make your own Gingerbread: 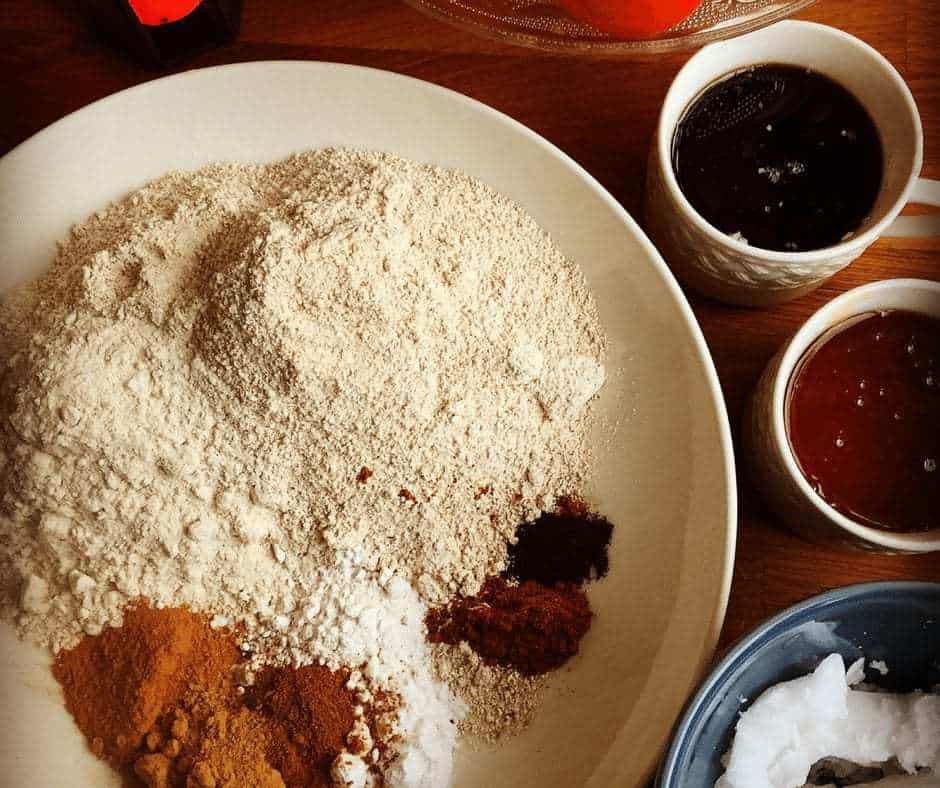 Throw all of the dry ingredients into a big bowl. Melt the coconut oil in a saucepan and then mix in the maple syrup and honey. Now this is the fun part. Mix the wet and dry ingredients together, if you want you can use you’re hands but a spatula or a wooden spoon would also suffice! I know what you’re like you little Messer!

Once the dough is mixed, you can leave it to sit in the fridge for an hour or two if you’re that way inclined but I personally do not have that type of patients so I just go straight to rolling or pasting! 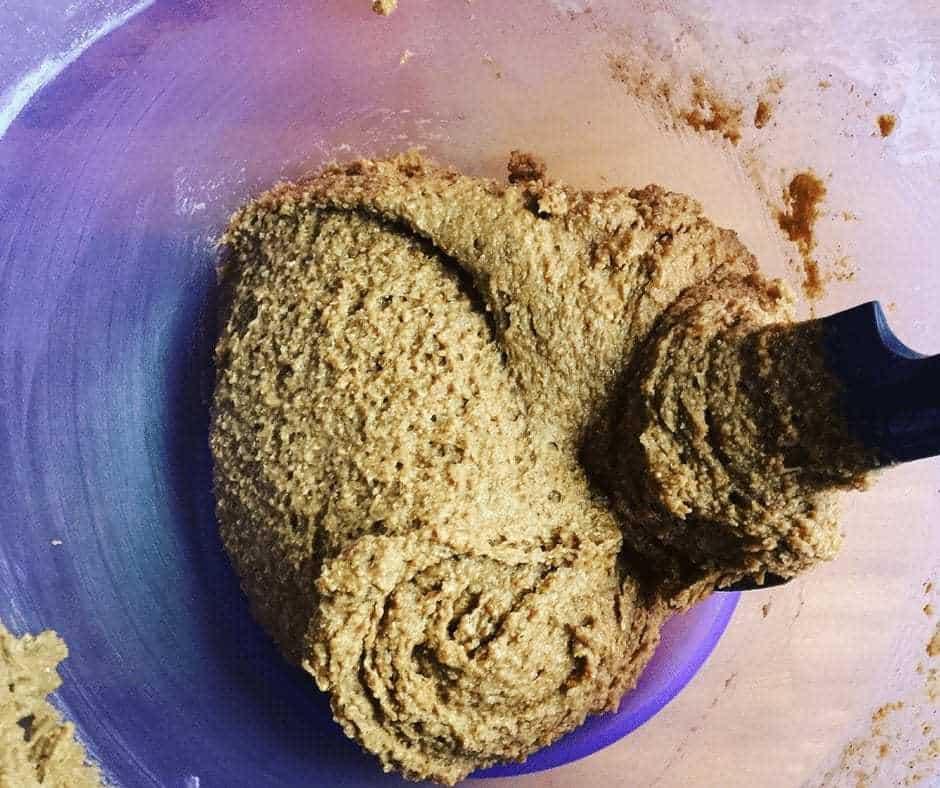 TO MAKE THE DECORATIONS:

To roll out for decorations simply dust the counter or table with your flour of choice (this is so it doesn’t stick) and plop your dough down. You could also put a sheet of baking paper down first if you wanted to make the clean up easier but again that’s all up to you!

Sprinkle a little more flour on top and roll out to about 1cm thick, cut out whatever shapes you want and them pop them onto a parchment-lined tin.

The last but most important part is to get the top of an icing nozzle or a straw and put a little hole in the top of each cookie. This is so you can put some string or ribbon through so that you can hang these babies on your tree! I forgot one year and had to eat them all….. so terrible! He he he

Pop into the oven for approx. 8-12 minutes depending on you’re oven, you want them to be bronzed and slightly risen! 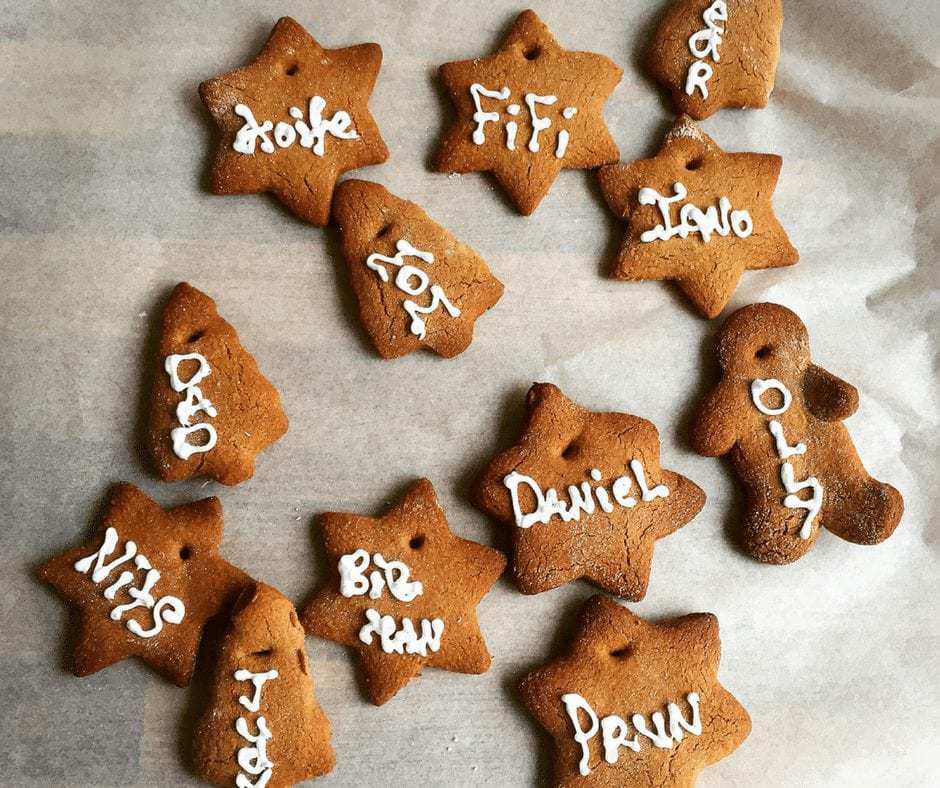 TO MAKE A GINGERBREAD HOUSE

I used a gingerbread house silicone mould, which I cannot recommend highly enough! I bought mine in the local store 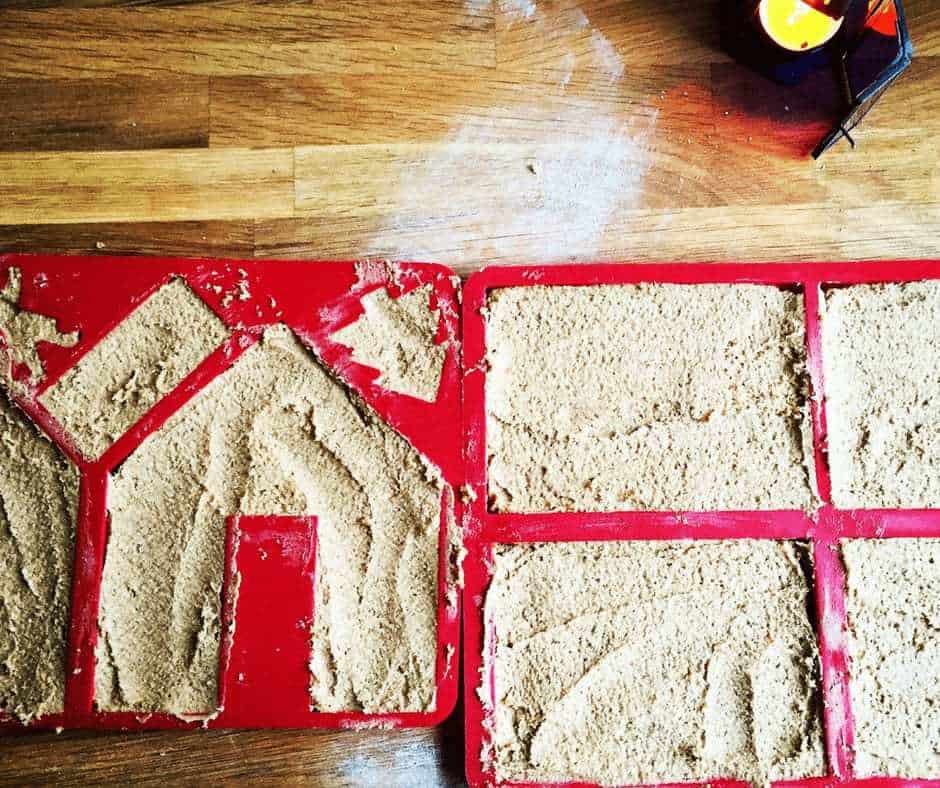 Now for the gingerbread house, the dough has less flour which makes it more like a paste so its much easier to get it into the mould as you just spoon it in and flatten it with a spatula!

That’s it! It takes 25-30 minutes in the oven. The only thing that is really important is that you leave it to cool in the moulds otherwise it will lose its shape!

I put it together with royal icing and decorate with whatever sweeties I can find. That’s it my lovelies! Decorate however you like and most importantly enjoy!! Xxxx

Are you sick of your daily commute to work? Hate your boss? Live for the holidays? Well then, you need...

Treat yoursELF to the latest version of Monopoly this festive season!